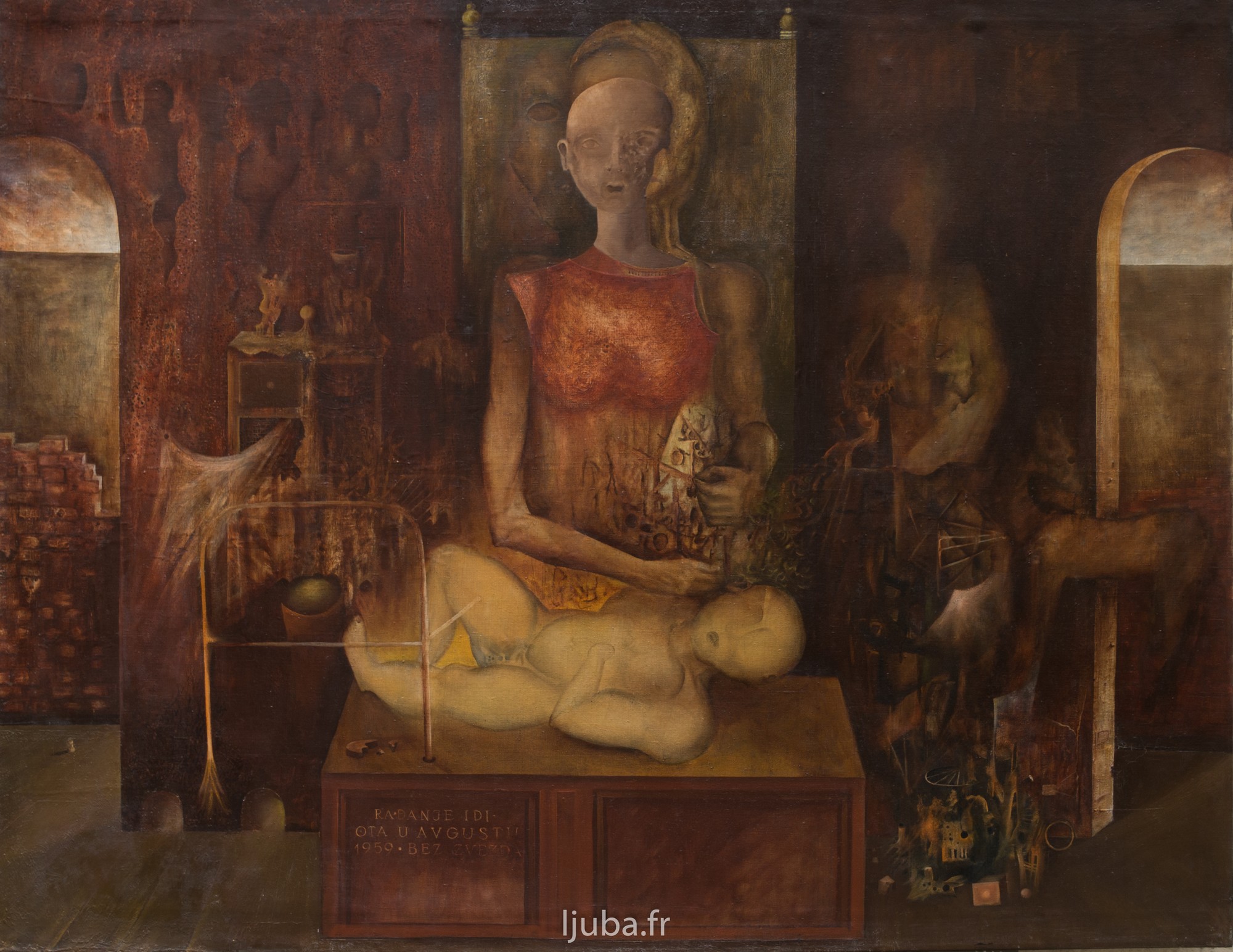 A succession of difficulties and misunderstandings have been,until now, postponing a great retrospective of Ljuba’s works at the Academy of Science and Fine Arts in Belgrade.
It is with great pleasure that we can announce today that this exhibit will finally take place in the fourth quarter of 2019.
Large format paintings, from all Ljuba periods, will be shown.

A major Ljuba painting, “La Coupole” from the year 1964 (oil on canvas;150x130cm), will go on sale at “Hôtel Drouot”, on December the 12h 2018. This painting has never been presented before.
It can be found in the monography “Ljuba”, Alpine Fine Arts, 1980.
The first owner of this painting was a famous french actor, friend of surrealists and André Breton.

Gallery 1963-70 was updated with the painting

After summer break, Ljuba’s website gets new images and new content. Chronology gets richer with the end of studies and the military service in Bileća.

Website www.Ljuba.fr was created and hosted online. This website will be maintainted by LJUBA’s family members in order to provide visitors with the highest quality / proofread content on the artist.